My research concerns how journalists contribute to and are influenced by social and political change.

In 1993, I wrote my doctoral dissertation on how journalists at four newspapers in Moscow, Russia, adapted after the fall of the Soviet Union.

My most recent work explores the complicated relationship between American news media and the intelligence community. This interest has led me to write a biography of  Baltimore Sun reporter Marguerite Harrison who used her journalism credentials as a 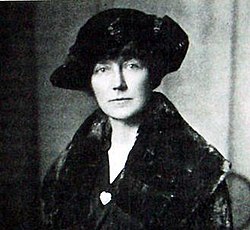 cover to spy for the U.S. Military Intelligence Division and the U.S State Department in the 1920s. During the course of my research, I learned that Harrison was America’s first foreign female intelligence officer, helping pave the way for women who followed, such as CIA director Gina Haspel.

Previously, I wrote about segregationist editor James J. Kilpatrick who became a nationally syndicated columnist and well-known television pundit in the 1970s and 1980s. That work has been the subject of several conference papers and two articles, “Reaching the Pinnacle of the Punditocracy,” published by American Journalism, and “‘Dear Harry,’ “My Dear Jack,'” published by Virginia Magazine of History and Biography.